BELLY OF THE BEAST Screening 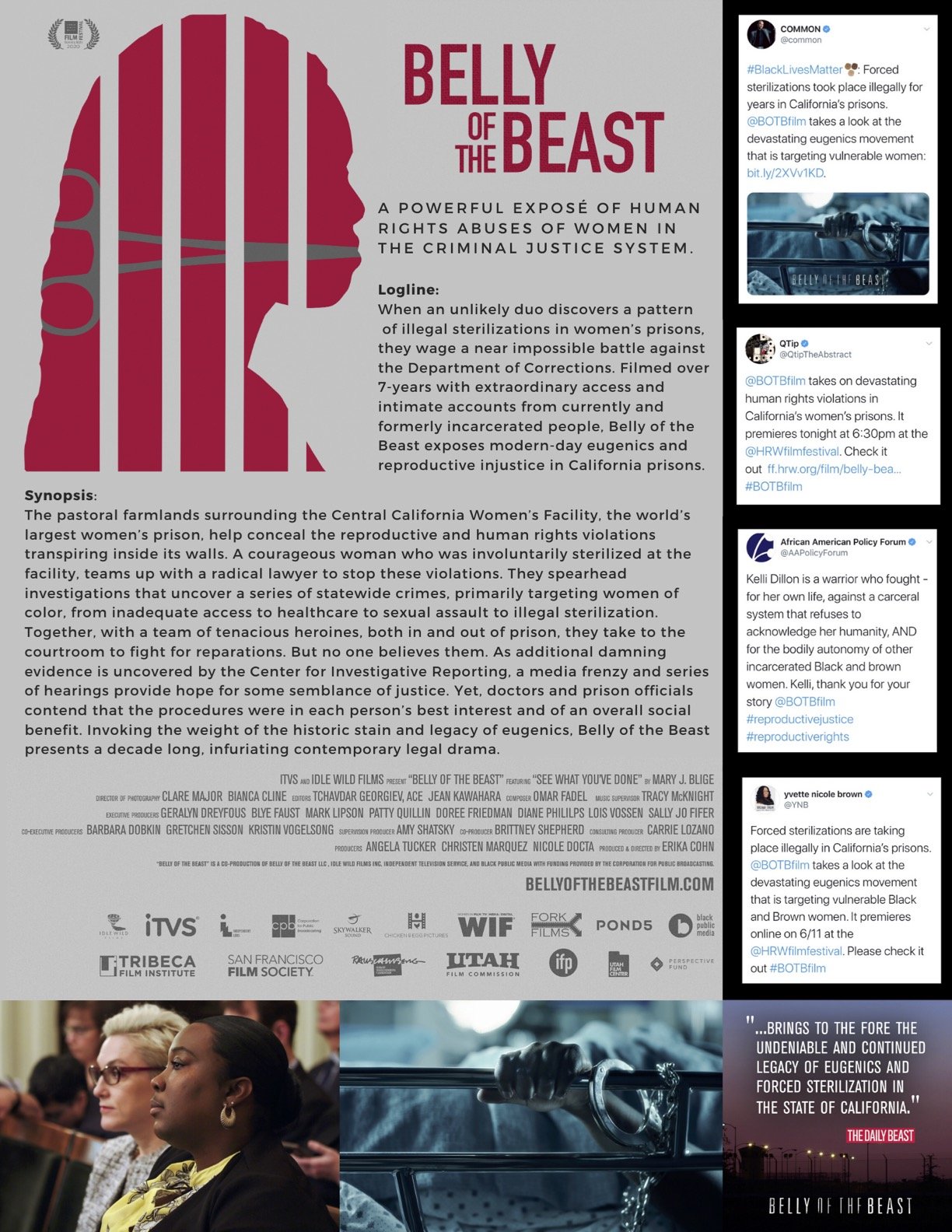 Please join us for this screening sponsored by DASC in honor of Black History and Women’s History Months. The screening will be followed by an exclusive talkback with Director/Producer Erika Cohn.

The pastoral farmlands surrounding the Central California Women’s Facility, the world’s largest
women’s prison, help conceal the reproductive and human rights violations transpiring inside its
walls. A courageous young woman who was involuntarily sterilized at the age of 24 while incarcerated
at the facility, teams up with a radical lawyer to stop these violations. They spearhead investigations that uncover a series of statewide crimes, primarily targeting women of color, from inadequate access to healthcare to sexual assault to illegal sterilization. Together, with a team of tenacious heroines, both in and out of prison, they take to the courtroom to fight for reparations. But no one believes them. As additional damning evidence is uncovered by the Center for Investigative Reporting, a media frenzy and series of hearings provide hope for some semblance of justice. Yet, doctors and prison officials contend that the procedures were in each person’s best interest and of an overall social benefit. Invoking the weight of the historic stain and legacy of eugenics, BELLY OF THE BEAST presents a decade long, infuriating contemporary legal drama.